David J. Roberts, MSW, LMSW, became a parent who experienced the death of a child, when his daughter Jeannine died of cancer on 3/1/03 at the age of 18. He is a retired addiction professional and an adjunct professor in the psychology and psychology child-life departments at Utica University in Utica, New York.

Dave has been a past HuffPost contributor and has also published articles with the Open to Hope Foundation, Recovering the Self Journal, Mindfulness and Grief, Medium and Thrive Global. He has also co-authored a book with Reverend Patty Furino titled: When the Psychology Professor Met The Minister which was self- published through Amazon on March 1,2021. 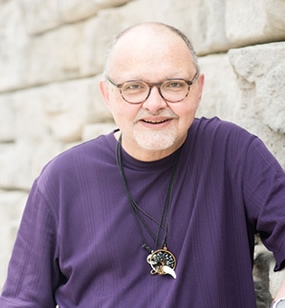 Dave has also been a past national workshop facilitator for The Compassionate Friends and a past national workshop facilitator and keynote speaker for The Bereaved Parents of the USA. Dave also co-presented a workshop titled “Helping Faculty After Traumatic Loss” for the Parkland, Florida community in May of 2018,in the aftermath of the mass shootings at Stoneman Douglas High School. Dave was also a keynote speaker at The Tom Coughlin Jay Fund Remembrance Weekend during in June of 2019 in Ponte Verda, Florida .Dave has also done numerous workshops at the local and regional levels related to transformation from grief and loss.

He has appeared on numerous radio and internet broadcasts and Open to Hope Television. Davewas also part of a panel in 2016 for the BBC Podcast, World Have Your Say, with other grief experts, discussing the death of Carrie Fisher.